The Royal College of Music in Stockholm (KMH)

Tuesday March 11th. So yesterday and today I have had exams for The Royal College of Music in Stockholm. The exams were 4 hours both days and tomorrow I have my interview for the international CoPeCo programme and on Friday the interview for the normal masters programme at KMH. At the moment the school looks like absolutely nothing, because they have torn away the main building recently and are at the moment constructing a new building at the same place. So everything around the few buildings that are left is construction area. 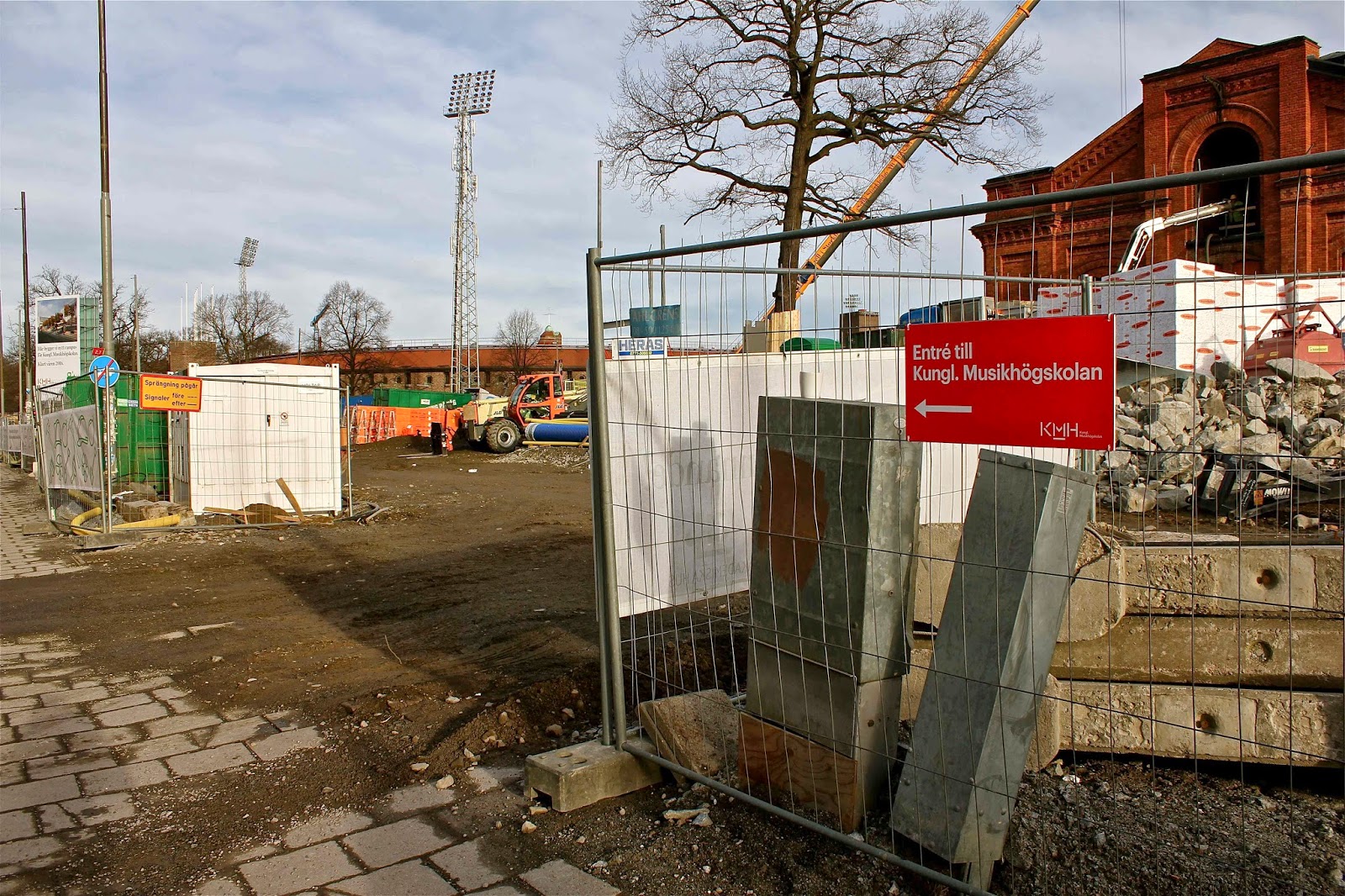 Yesterday we hade a four hour test in counterpoint. We were all given an own room with a piano and desk, and we got five tasks; harmonic analysis, a Generalbass task, a task in modal counterpoint, to write the first sequence of a three or four voiced fugue (two themes were given to elect from), and a compositional task that you had to continue from a given bar (two different options were given to chose from here as well). I felt the time wasn’t enough for me and I had a really hard time with the imitative modal counterpoint task. But considering how little I have done similar tasks I was quite pleased.

Today I had a four-hour instrumentation test. I liked this test more than yesterdays one, maybe because I feel practising instrumentation is more useful than writing fugues or modal counterpoint, but this is just my opinion. We had again own rooms with a piano and desk and this time four tasks for the four hours: a general task where the range of different instruments where asked and writing out the sounding result of different transposing instruments, putting out articulation marks and bows on a solo piece (and choosing an instrument for the piece), reducing a orchestra score for piano and of course an orchestration task in which you could chose one piano piece out of three options (Brahms, Ravel or Schönberg). I actually was surprised my self how difficult I found the first range questions, but have to defend my self by the argument that I don’t usually write stuff for the lowest or highest notes of for instance wind instruments, because they don’t sound very good. Doing the partichelli also was much slower than I had expected, and with these first two tasks I spent two whole hours without noticing! But I only had time to make the first two bars of the partichelli… Then I began orchestrating Ravel, but also for that I hardly had any time. They had given us two whole pages of a Ravels piano piece, but I orchestrated the first 1,5 rows of the first page and then the first 2 rows of the second page. I chose to do a bit of both so that I could show a bit different types of orchestration. For the task with articulation I had hardly any time at all.

After the test I met an other boy who also is applying to the same programmes as I am, Oliver Bowers is his name. He is grown up in Sweden but he has a similar multicultural family background like me and he is at the moment living with his girlfriend (a violinist) in Estonia. He has done his bachelor in composition at Gothenburg University, so it was nice talking to him. He told me they have a great team spirit among the composers in Gothenburg and that he liked that especially much. They have a own “composition corridor” with computers for the composers. He also told me that one of the main professors, Ming Tsao whom I met last Saturday, only teaches about once a month in Gothenburg because he normally lives in Berlin. Oliver also told me a funny (and curious) fact that all composers at Gothenburg university except one are vegetarians! Fancy that!
Posted by Cecilia Damström at 10:30